Cornell Tech is a revolutionary model for graduate education that fuses technology with business and creative thinking. Cornell Tech brings together like-minded faculty, business leaders, tech entrepreneurs and students in a catalytic environment to produce visionary ideas grounded in significant needs that will reinvent the way we live. The Joan & Irwin Jacobs Technion-Cornell Institute embodies the academic partnership between Cornell University and the Technion – Israel Institute of Technology at Cornell Tech.

Cornell Tech’s temporary campus has been up and running at Google’s Chelsea building in New York City since 2012, with a growing world-class faculty, master’s and Ph.D. students, and postdocs who work with tech-oriented organizations and companies and on their own startups. Construction is underway on Cornell Tech’s permanent, sustainable 12-acre campus on Roosevelt Island, with a first phase due to open in 2017. When fully completed, the campus will include 2 million square feet of state-of-the-art buildings, over 2 acres of open space, and will be home to more than 2,000 graduate students and nearly 280 faculties and staff.

Cornell Tech focuses on creating pioneering leaders and technologies for the digital age, through research, technology commercialization, and graduate-level education at the professional masters, doctoral and postdoctoral levels. Our premise is that the rapid pace of innovation in the digital age calls for new approaches to commercializing university technology, new levels of strategic collaboration between companies and universities, and new curricula for graduate education. We are creating new academic programs that blend technical depth, business know-how, design skills and a “builder” mindset. 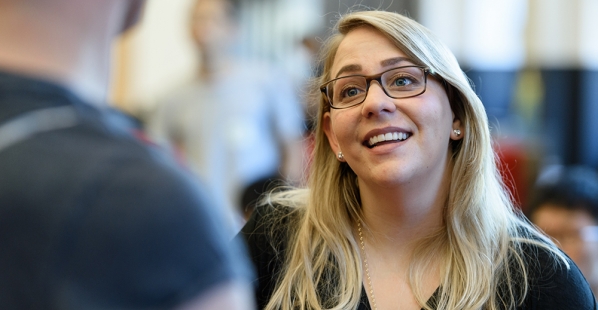 The Cornell Tech network expands beyond New York City to the other institutions that help us pursue our mission every day. Cornell is a private, Ivy League university and the land-grant university for New York State. Cornell’s mission is to discover, preserve and disseminate knowledge; produce creative work; and promote a culture of broad inquiry throughout and beyond the Cornell community. Cornell Tech offers degrees in conjunction with these schools:

When Cornell was preparing a bid for New York City’s Applied Science competition, the Technion – Israel Institute of Technology was a logical choice for an academic partner. With Israel’s reputation as the “StartupNation” and the Technion’s history of producing the country’s leading tech entrepreneurs, Cornell knew there was a common vision: