The MA programme in European Studies is composed of high-level postgraduate courses taught in English. Students will take classes from the core, key, speciality, and optional categories according to their academic specialisation and personal interest. The maximum duration of studies is 4 semesters.

This programme is designed to provide students with advanced and interdisciplinary knowledge of contemporary European affairs. Our focus is the study of the political, economic and cultural character of Central and Eastern Europe and the European Union. Most of our graduates apply their expertise in careers in either non-governmental or business sectors, while others continue with their studies on a doctoral level. 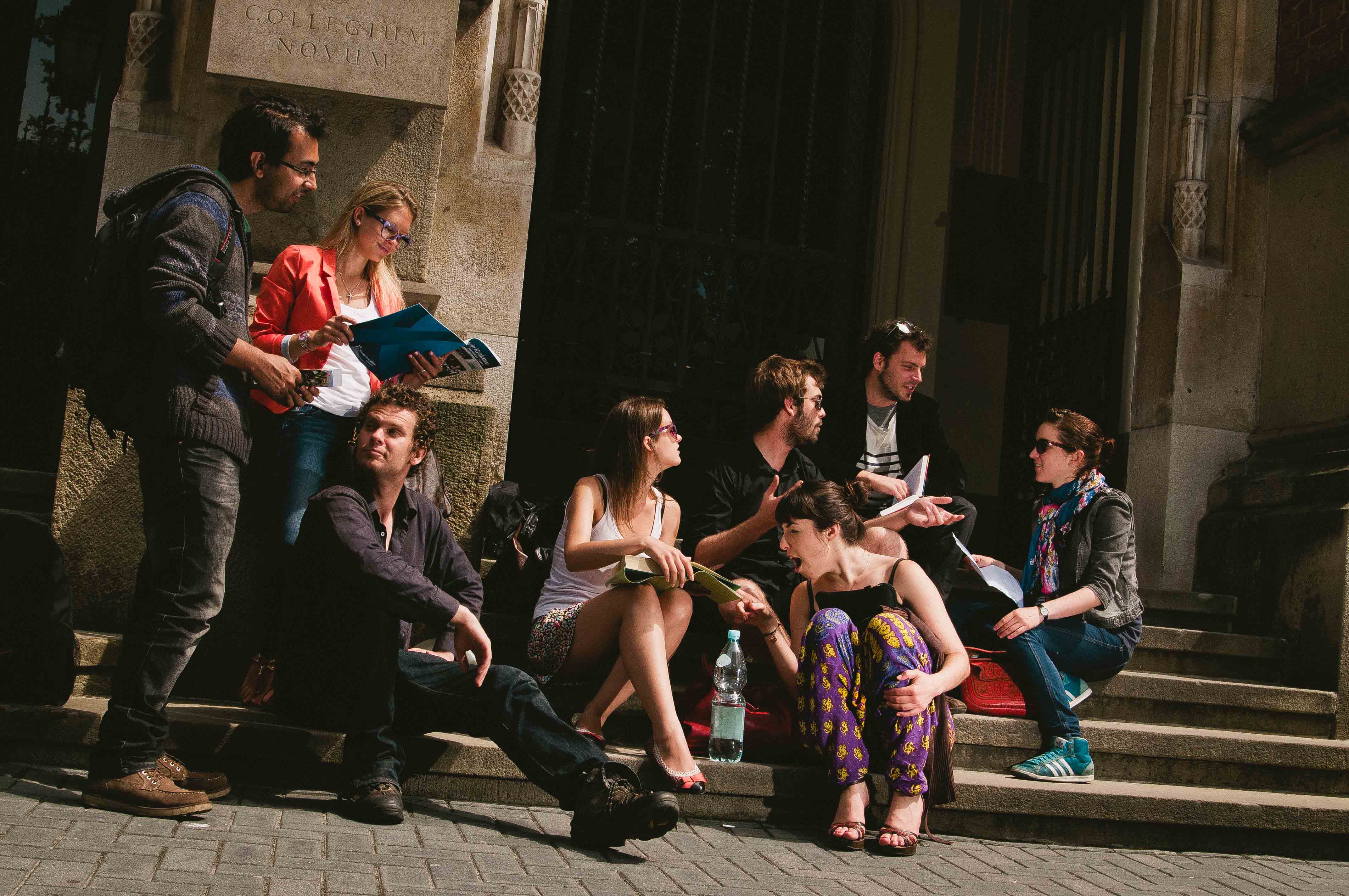 At CES, we encourage students to develop their own independent curriculum and study track so that they can learn about and research topics that best reflect their interests and academic background. Students follow one of six related study tracks, and the MA degree with which they graduate reflects their specialisation.

Students are required to earn a total of 120 ECTS (European Credit Transfer and Accumulation System) points, consisting of:

The degree is completed when the student passes the MA exam and thesis defence.

The EU studies track focuses on the European Union, its institutions and functions, as well as the key issues facing it in contemporary times. This specialisation spotlights the EU's decision-making processes, foreign and security policy, political and economic relations between the EU and candidate countries, Russia, the United States, NATO, and the world. Furthermore, issues of justice and the democratic deficit within the EU itself are raised, and disjunctions between EU countries are analyzed. Most importantly, students develop a Central European perspective about the European integration process.

This track immerses students in the politics, history, society and culture of the countries of Central and Eastern Europe. It is geared towards social scientists wanting to investigate concepts of identity and democracy from a philosophical and historical perspective, as well as those interested in integration theory, gender, citizenship, social minorities, religion, culture and language. Students address the abovementioned issues using a Central and Eastern European lens. This focus provides CES students with a unique academic skill set, which helps identify the situated characteristics of the region, and its relationship to the European Union.

MA in European Studies - Central and Eastern European Studies: Research Track is an innovative specialisation which is a response to the need for professionals who will use the knowledge acquired during their studies in a fresh, inventive and novel way.

Europeanisation and Governance in CEE Specialisation

The Europeanisation and Governance stream aims to provide students with knowledge of the processes of Europeanisation and democratisation in Central and Eastern Europe. The specialisation is designed to build an understanding of integration mechanisms and the structure and functions of European Union institutions. Particular attention will be focused on the adoption and effects of European law on Central and Eastern European political reality and everyday life. Questions of diversity, conditionality, diffusion and the democratic deficit will be addressed in depth.

Studies in the Holocaust and Totalitarian Systems

The Studies in Holocaust and Totalitarian Systems speciality is designed for students intending to pursue a career in research on genocide as well as for students, who consider this specialized knowledge about the Holocaust and totalitarianism to be beneficial for the development of a civil society.

This programme of study presumes that consciousness-building about the annihilation of Jews in Poland, particularly among the younger generations, is necessary so that the events and significance of the Holocaust will not be forgotten; moreover Poland needs a deepened democracy, the kind that is only possible in societies, which are prepared to embrace within their historical memory and narrative even the darkest aspects of their history.

This speciality outlines the genesis of national and religious conflicts in the contemporary world, the mechanisms used to create the structure of a totalitarian or authoritarian state, and racism and anti-Semitism present in modern-day European society. Particular attention is paid to the Polish perspective and experience with totalitarianism during the 20th century, the Nazi and Soviet.

Specialisation adopts a wider regional perspective and focuses on the relations of Europe (including Central and Eastern Europe), with the area of the former Soviet Union. The specialisation aims in particular at obtaining the students' knowledge on the situation of countries in the region, studied from a political, historical, economic, social and cultural perspective. This unique, tailor-made programme educates experts who will be able to have both the knowledge of the European Union, its institutions, actions and policies, and an in-depth understanding of the region of Central and Eastern Europe, Russia and Eurasia.